You Will Be Picked Up From your Delhi Hotel / Airport / any desired location in Delhi. and drive to Agra, it will be around 3 hour comfortable journey through Yamuna Expressway.

Upon your arrival in Agra, you will meet your tour guide. The tour guide will brief you about things to carry inside the Taj Mahal. Taj mahal one of the seven wonders of the world and Taj mahal is a timeless beauty and symbol of love. Taj Mahal Built by Mughal emperor Shah Jahan between 1632 and 1653 for his Beloved wife Mumtaj Mahal.it is a white marble mausoleum and named UNESCO World Heritage Site in 1983.

visit Agra fort - this beautiful fort built by third Mughal emperor Akbar in 1565. and it was home of Mughal Royal family. later other mughal emperor also built other palace in side the fort, like Jahagir palace, Moti Masjid, Musanman Burj. this is the place, where Shah Jahan spent around eight years in prison and it is said that he died in Agra fort.

Enjoy the delicious food at Local restaurant / Hotel in Agra.

After Lunch Can Visit Some Very Famous Local Art and Crafts. you may tell your tour guide, if you want to see something more in the Agra City. he will happy to show you that..

Later Proceed To Delhi Through Yamuna Express Highway And Transfer To Hotel/Airport/ your desired location in Delhi with Sweet Memories of Same Day Agra Tour by Car.

This is only a suggested itinerary. We can customize it according to your arrival and departure flight schedule or your preference. ***Taj Mahal Remain Closed on Friday 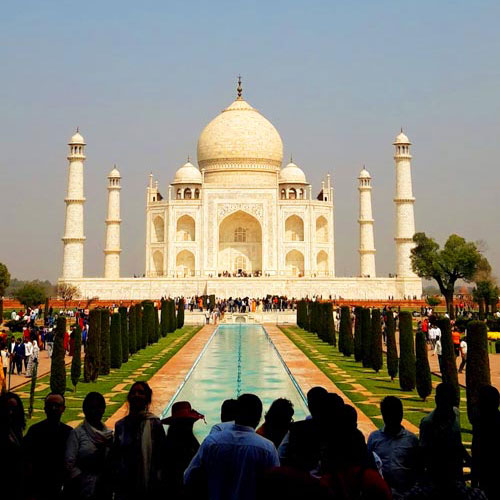