The Taj Mahal is one of the most splendid pieces of architecture in the world. It was built by the 5th Mogul emperor of India, Shah Jahan, as a mausoleum to his beloved wife Ar-ju-mand Banu Begum, a Muslim Persian princess better known by her other name, Mumtaz Mahal, which means, the Distinguished of the Palace.

Originally named as Arjumand Banu Begum, she was later christened as Mumtaz Mahal, meaning "Crown of the Palace". And, Taj Mahal is supposed to be a shorter version of Mumtaz Mahal. Still another legend of Taj Mahal's name is that it was derived from the name of a Shiva Temple, "Tejo Mahalya". After city tour of agra drive back to delhi for your your onword jorney.

Met upon arrival at Delhi Intl Airport and transfer to your Hotel. Overnight at Hotel.

After break fast drive to Agra, On arrival trasfer to hotel. Over night at hotel.

After breakfast city tour of Agra

The Taj Mahal is a tomb built in the 17th century by the Mughal emperor, Shah Jahan, in memory of his wife, Mumtaz Mahal. She was his third wife. Eventually, Shah Jahan was entombed in the Taj Mahal with his wife. The building is in the city of Agra, Uttar Pradesh. 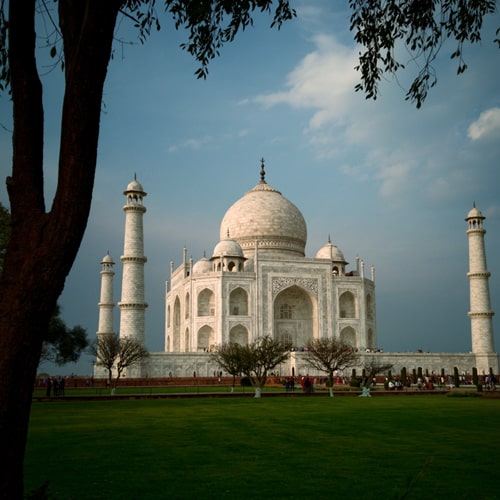